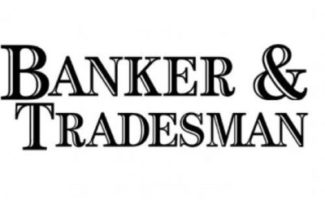 John Rosenthal Soon to Break Ground on His Dream Project Over Mass. Pike 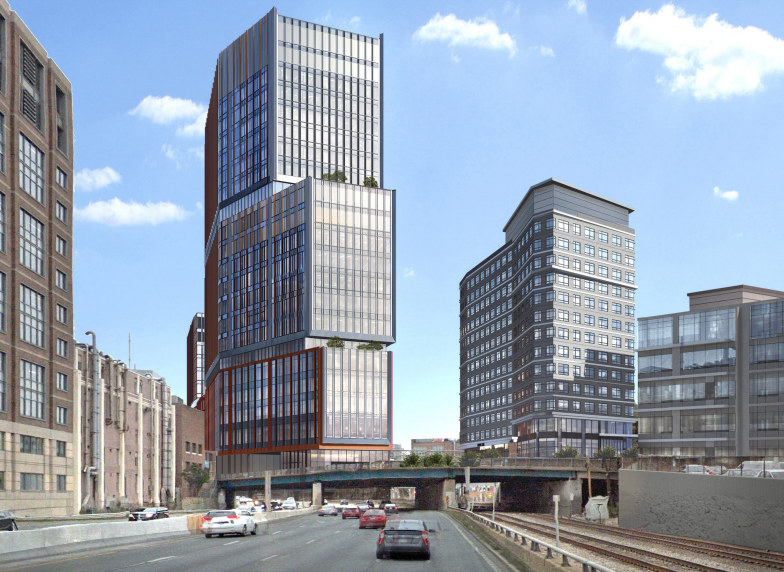 It looks like John Rosenthal will finally see his vision for a dramatic air-rights project next to Fenway Park come true after nearly 20 years of trying. Image courtesy of Gensler

An anti-gun violence activist, John Rosenthal may be best known for the Stop Handgun Violence billboard that used to hang along the Turnpike as it passed Boston’s Kenmore Square.

With its heartbreaking photos of children slain by bullets and calls for lawmakers to take action, the 252-foot-long billboard, perched on the back of a parking garage Rosenthal long controlled, became been a fixture in Greater Boston until he sold the garage in 2015.

In case you missed it, national life-sciences builder IQHQ, with Rosenthal as its local co-developer, announced last week they are starting construction on a $1 billion lab tower, to be called the Fenway Center, which will take shape on a deck over the highway across from Fenway Park.

Rosenthal, head of small apartment management and development firm Meredith Management, had for years been a little fish with big ambitions in the shark-filled waters of Boston development, pushing one ambitious plan after another for a skyline-topping Turnpike air-rights project since the late 1990s.

It’s hard to avoid the fact that these ambitions were farcical – Meredith boasts on its website of having developed around 1,000 housing units since 1969, or about 20 a year – but for one key fact: That billboard-adorned parking garage he controlled sat next to the Turnpike and a hop and skip across Landsdowne Street from Fenway Park.

That made Rosenthal a player in the game of Fenway redevelopment, and the small-time housing developer with big dreams – and a big heart – played his one card to the hilt over the years.

I first spoke to Rosenthal in the late 1990s, running with a scoop for another local paper about his plans to team up with Robert Redford and other investors and turn his garage into a development anchored by an arthouse cinema.

As always, he was super nice and talkative, which made for great newspaper copy but may not have done him any favors in the cut-throat and hard-bitten world of Boston development.

That plan went nowhere, but Rosenthal was soon at it again, popping up in the early 2000s, with a proposal to build a high-rise mega–apartment-and–retail complex over the Turnpike, also called the Fenway Center.

He proceeded to win over the often development skeptical Fenway neighborhood, with his candor and his willingness to listen big pluses.

But the powers that be were less easily swayed.

The late Mayor Thomas M. Menino, who was effectively the city’s development czar for over 20 years, had a habit of penalizing developers who talked to the press.

Developers in Menino’s Boston – at least those who wanted an inside track to getting their projects approved – were to be seldom seen and never heard, except to robotically praise the mayor from whom all blessings supposedly flowed.

It was clear to me at the time that the politically savvy business and development types who had Menino’s ear thought of Rosenthal as a far too talkative and a bit of a lightweight.

It took Rosenthal until 2009 to win City Hall’s approval for his Turnpike spanning air-rights apartment tower, and then Menino balked at giving the developer the tax break he needed to make the expensive project viable.

If that weren’t enough, Rosenthal and his project wound up the targets of a lawsuit by a another deep-pocketed Fenway property owner, a mess that took three years to resolve.

It took a changing of the guard and the arrival for Mayor Marty Walsh in 2014 for Rosenthal to win his tax break and to bring his vision back from life support.

It then took another seven years to close the deal, the project in no small part complicated by the expense of building a deck over the Turnpike, a challenge that has frustrated more than a few bigger–name builders.

Nor did the proliferation of new apartment towers on seemingly every street corner in Boston help Rosenthal’s prospects either, with lenders over the past few years growing skittish about a potential glut.

In a key change in 2019, Rosenthal shifted the proposal from apartments to lab space, a market that is red hot and marked by surging rents.

Now as developers rush to cash in on the lab market gravy train, that also raises concerns, with the new lab tower not slated to open until 2025.

And by then, we could very well be facing a glut of space, with expensive new digs atop the Turnpike possibly at a disadvantage.

But that’s a story for another day.

So, congrats are in order here for John Rosenthal, possibly the most persistent and stubborn developer Boston has seen in a long time.

Good luck and good building. And may the market forces be with you.