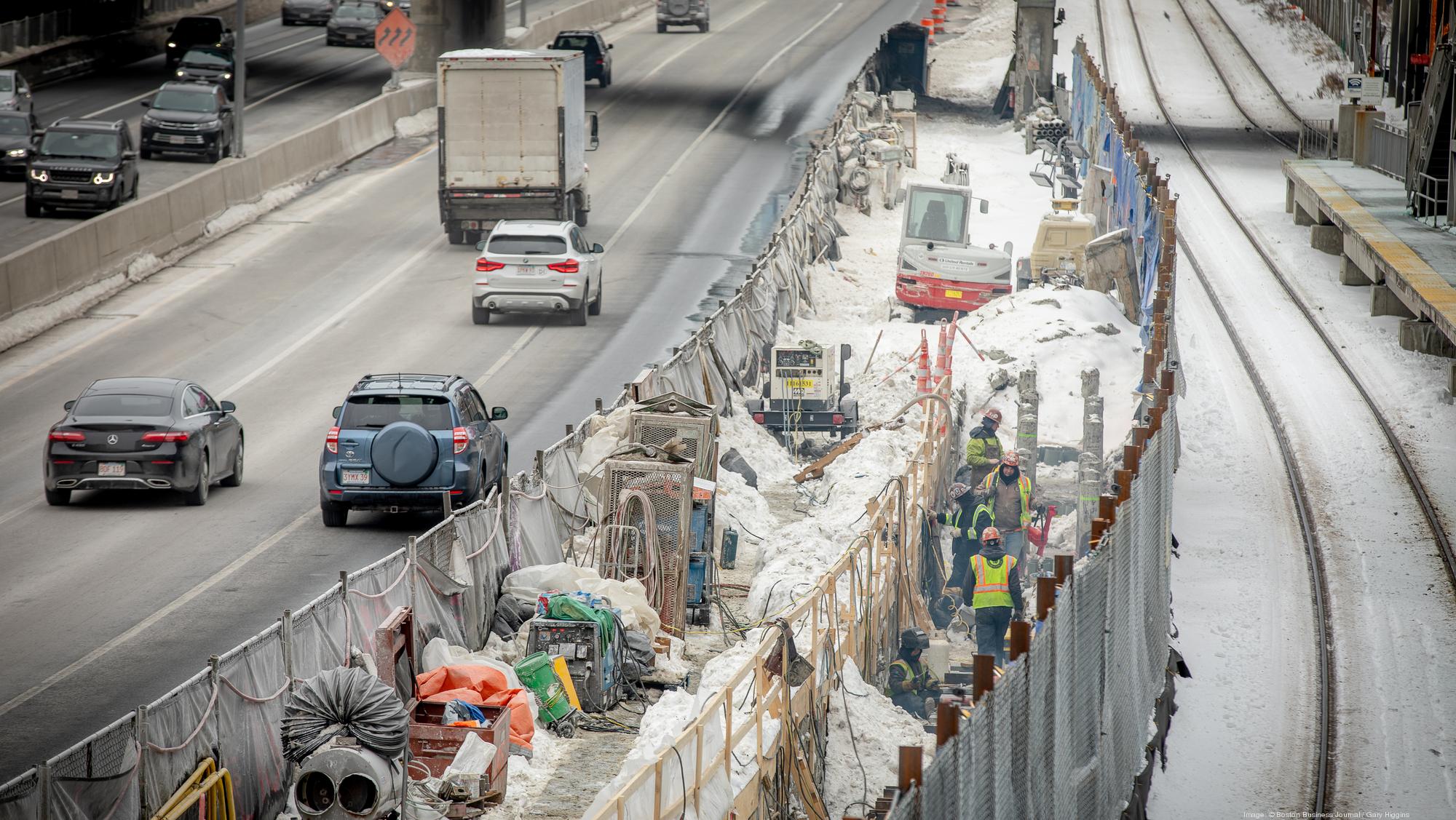 The Big Dig famously involved building a new highway tunnel under the city while the expressway above, which it was replacing, still carried traffic. It was the country’s largest-ever construction project at the time, and three decades after it began, its legacy lingers.

The fact is that in an old, cramped and expensive city like Boston, many development opportunities require solving complicated challenges or head-turning designs.

Thanks to technologies such as computer modeling, engineers now have a better idea how a building can — or can’t — be built, said Jerome Hajjar, an engineering professor at Northeastern University. Designers can test different layouts or materials in ways they couldn’t in years past.

Of course, most major world cities today use advanced engineering and construction methods. But Carlo Ratti, an MIT professor in urban studies and planning, said Boston often retains a provincial mindset that keeps it from building the most ambitious projects and designs. Elsewhere, he said, cities are attempting ambitious projects with environmentally friendly materials or attention-grabbing designs that attract talented workers.

“I see very little of that in Boston,” he said, describing what he sees as a number of lackluster projects as at odds with the region’s otherwise notable technological know-how.

Here is a look at some of the notable projects underway that have required engineering ingenuity.

Building over a roadway is a bit like the Big Dig in reverse. Engineers have to figure out a way to build a tower while traffic continues underneath, albeit with some overnight closures.

A few blocks from Kenmore Square, a lab tower will soon rise above the eight lanes of the Massachusetts Turnpike and two parallel rail lines. About a half-mile to the east, two buildings — including a new headquarters for car buying website CarGurus — are going up over the Pike at Massachusetts Avenue.

So-called air-rights developments like these are among the most challenging of the building boom of recent years. No such project has taken place since Copley Place in the 1980s.

John Rosenthal, the Fenway Center developer, compares the project to building a table: it’ll have supports, like legs, on either side of the Pike and one between the eastbound and westbound lanes. Above that will be a two-acre deck.

More than 500 support beams are being drilled down 230 feet to bedrock, and then hammered an additional 15 feet into the bedrock.

“I would venture to say, Fenway Center is by far the most complicated project that people have ever worked on, certainly in the city of Boston,” Rosenthal said.

If that sounds like hyperbole, few could deny the project could have been doomed by any number of complications, even beyond the usual financing and regulatory hurdles.

Fenway Center and Parcel 12 (as the CarGurus project is known) both require one of four Pike lanes in each direction be indefinitely closed, while more are given up for construction overnight. Every inch counts both in design and for construction workers.

“These very narrow, extremely tight work zones were created,” said Abe Menzin, the executive vice president of development for Samuels & Associates, which is developing Parcel 12. The project will cost roughly $100 million more than if it had been built on solid ground.

Both air rights projects have a few advantages that make them worth it. Fenway Center sits between overpasses for Beacon Street and Brookline Avenue that allow for ideal access. Parcel 12 includes solid ground on either side of the highway where the project’s two towers will go, with a park planned for over the Pike.

None of the structures can add any weight to any of the overpasses they’re connected to, though. In fact, they won’t even really touch them at all, with only rubber expansion joints connecting them so that most passerby would never notice.

Meawhile, at Winthrop Center, what will soon be the tallest tower in the Financial District features a nearly 20-million-pound concrete pad about halfway up. The so-called transfer pad took six weeks to put in place, and it’s up to seven feet thick in places, with pipes and electrical conduits running through it, all modeled by computer ahead of time. That feature is necessary to distribute weight from residential floors above, which are held up by more columns than the office space below, said John Newhall, a project executive with Suffolk Construction.

“Inherently, that creates an engineering hurdle for you,” said Newhall, whose firm is also building other complex projects including Parcel 12, South Station, and a new Boston University tower. “I can’t reiterate enough the effort that went into making this go smoothly.”

Winthrop Center also has just three feet to spare next to a neighboring building on Devonshire Street. That fact required extra planning for how to build its foundation and even using seismographs to make sure adjacent buildings weren’t feeling too many vibrations because of the work, said Drew Parkinson, a Suffolk senior superintendent.

The 11-story, block-long Government Center Garage is coming down — but very slowly. The garage, which once had more than 2,200 parking spaces, is being dismantled to make way for what developer HYM Investment Group considers better use of the land, which includes a residential tower and an adjacent office tower still under construction. The demolition of the garage is also a monumental task. More than 700 concrete pieces that weigh over 100,000 pounds and span 60 feet each make up most of the structure. They’re so huge that holes need to be drilled into them so a crane can latch on to have them carried away.

The size isn’t necessarily the most difficult part, said Paul Crisali, an engineer and a partner and chief operating officer of HYM. Some pieces that are crucial for the support of the structure — after all, the garage cannot be allowed to collapse — need to be replaced by temporary supports just so they can be removed. That means engineers had to figure out exactly how those pieces were supporting the structure so they could replicate it.

And because the garage stands over both Congress Street and the Haymarket station, it is typically limited to very brief windows of time in the middle of the night to do work. That window is so narrow, roughly two and a half hours, that sometimes only one of those 700 pieces can be removed in a night.

Among other challenges: More than a year and a half of work was required just to brace the garage for building two new towers at its western edge. If winds are above 30 mph or temperatures below 10 degrees Fahrenheit, that also delays work — because the crane can’t operate safely in the first instance, and because MBTA trains are parked in tunnels overnight to stay relatively warm in the second.

Designs with a flourish

The 19-story BU tower will look like a staggered stack of books when completed later this year. Building it required temporary steel supports while the structure went up which were removed once the tower reached its pinnacle. Christopher Barlow, who teaches at Boston Architectural College and works at the Boston offices of the firm CannonDesign, attributes the BU tower’s look to not only architectural design but also the engineering that makes it possible.

At St. Regis, a glass facade that curves as it rises is meant to evoke boat sails. William Halter, a vice president at Elkus Manfredi Architects, said the firm challenged itself to build something “dynamic.” The building required computer modeling to try making glass facade pieces as standard as possible, Halter said.
“They took their time to figure out the best ways to lay it out, and applied that to moving up the facade as they build it,” Halter said.

While residents and passerby will appreciate the building’s design, constructing the St. Regis also required taking a page out of the Big Dig’s book. The project, which just out into Boston Harbor, includes what’s known as a slurry wall, made out of concrete and constructed in such a way that water doesn’t simply flow into the site.

“The Big Dig has a legacy not only for what it’s done for the city,” Halter said, “but for the type of work that it’s allowed for.” 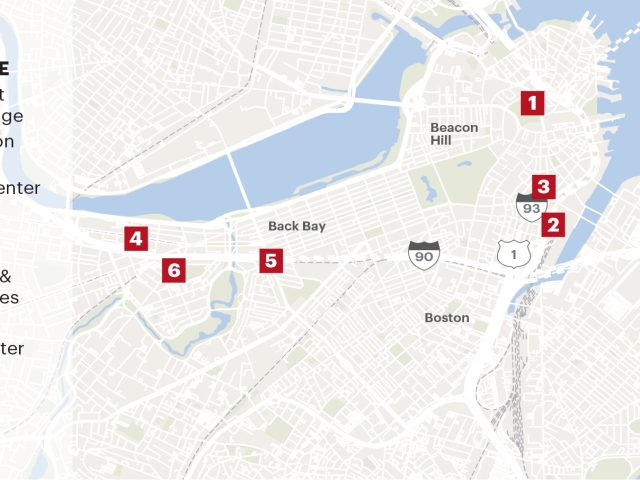 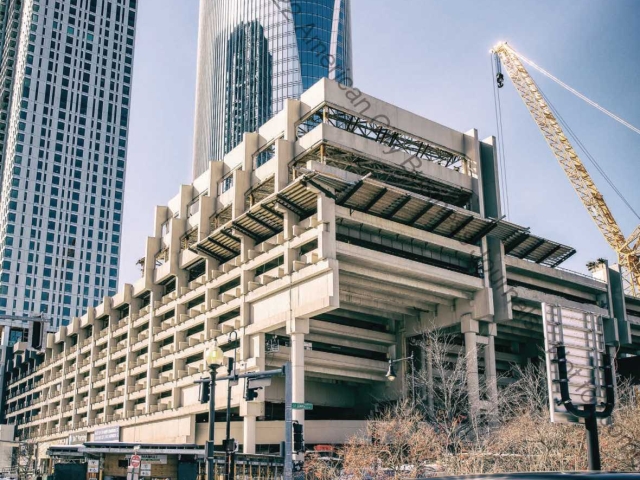 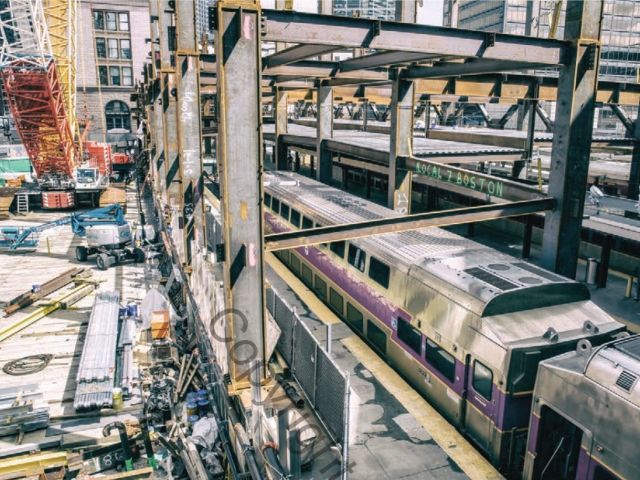 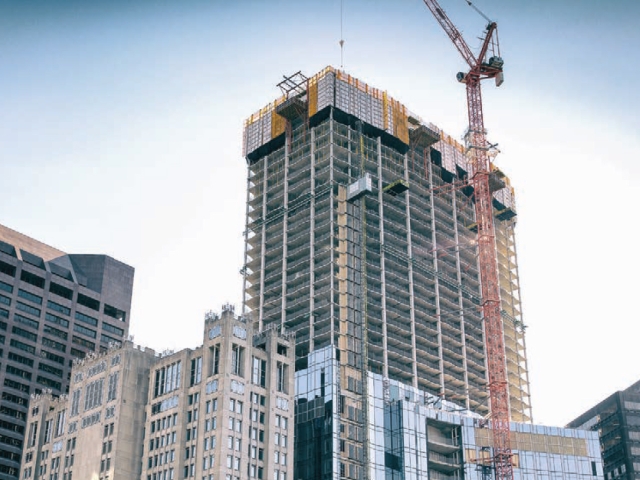 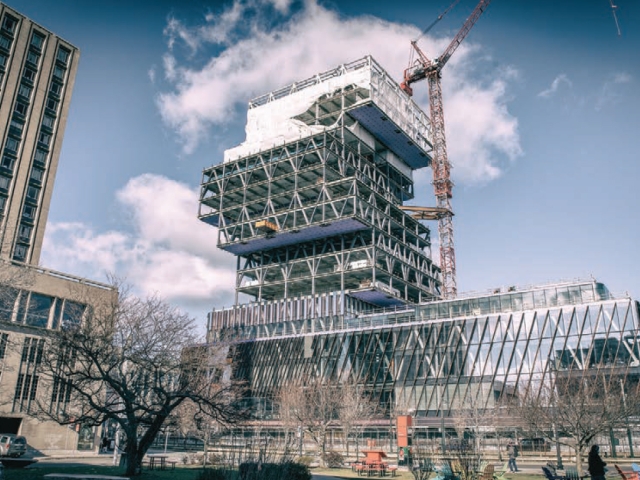 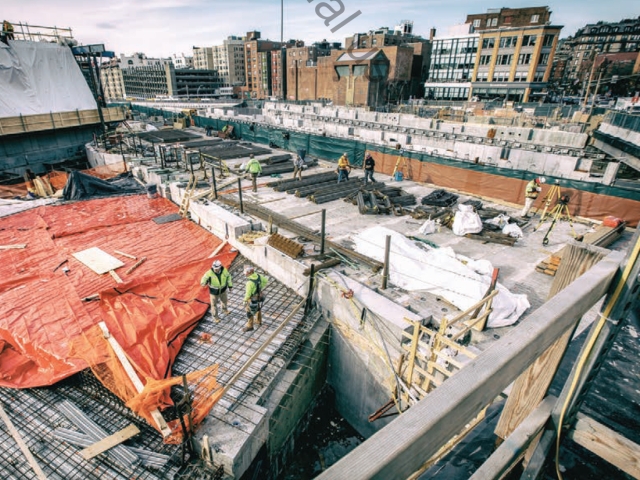