The 18-year-old walked despite killing two men, and stands to become a celebrity as a 2nd Amendment hero. It’s small comfort that he couldn’t have pulled it off in Massachusetts. 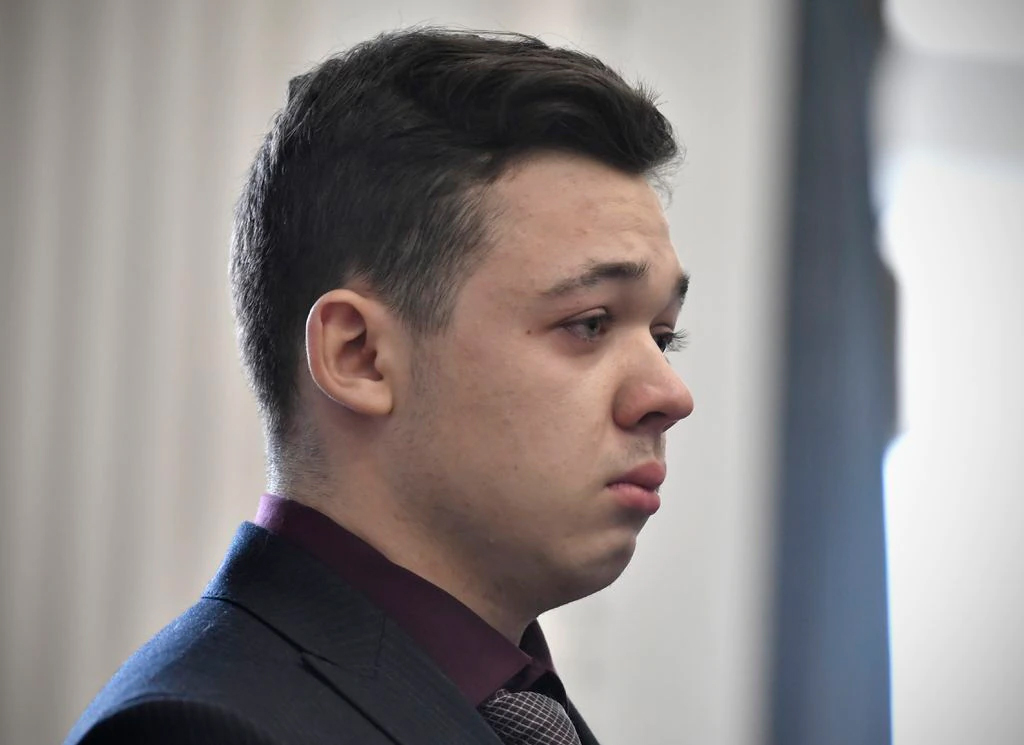 Kyle Rittenhouse dodged a potential life sentence after a jury decided his shooting and killing of two unarmed men amounted to self-defense.

Having dodged a potential life sentence, after a jury decided his shooting and killing of two unarmed men amounted to self-defense, Kyle Rittenhouse walked out of a courtroom in Wisconsin on Friday and did what every newly minted gun-nut hero would do: jump into a car with a film crew from Fox News.

Turns out, that film crew, part of a documentary team working for Fox host Tucker Carlson, had been embedded with the Rittenhouse defense team throughout the trial.

Whatever the verdict, Rittenhouse, an irresponsible kid who as a self-appointed protector of property wielded an AR-15 assault rifle against people, was going to be famous.

Spokespersons for Fox and the Rittenhouse family insist no money changed hands.

The Fox PR machine was working overtime over the weekend, noting that in addition to an exclusive interview by Carlson of Rittenhouse which would air Monday night, there will be a documentary next month on Fox Nation, the network’s subscriber service.

According to excerpts released by Fox News, among the nuggets Rittenhouse shared is his insistence that he is not a racist and that he actually supports the Black Lives Matter movement, as long as demonstrators are peaceful.

I’m going to go out on a limb and guess that Rittenhouse didn’t share his support of BLM with his Proud Boys pals when he had a few beers and posed for photographs with them after one of his pretrial court hearings.

I asked John Rosenthal, co-founder of Stop Handgun Violence, a Massachusetts nonprofit that advocates for common-sense gun control, what might have happened if Rittenhouse or some other self-appointed vigilante showed up with an AR-15 at Boston Common two weeks ago, when right-wing demonstrators clashed with counterprotesters.

There could have been carnage, he acknowledged, but he’s also confident that Boston police would have arrested anybody walking around with an assault rifle because, unlike 43 other states including Wisconsin, Massachusetts enacted an assault weapons ban.

“In Massachusetts, we have enacted the most effective gun laws on a bipartisan basis to reduce gun deaths by 40 percent and produce the lowest gun death rate in the nation,” he said.

That stands in stark contrast to so much of the nation. Congress, Rosenthal said, and Republicans especially, are in the tank with the National Rifle Association and gun manufacturers.

In 32 states, there are no background checks for private gun sales.

So, as a nation, we do a better job protecting hunted animals than hunted people.

“We’ve applied common sense in Massachusetts,” Rosenthal said. “Firearms are like automobiles. They are dangerous.”

So we put restrictions on those allowed to own guns and cars. Makes sense to me.

Before you write off Rosenthal as some anti-gun extremist, consider he has been a licensed gun owner for decades. A former hunter, he owns a shotgun for sport shooting. He considers himself a Second Amendment supporter in the mold of the late Justice Antonin Scalia, supporting reasonable restrictions on gun sales and ownership to make it harder for criminals, kids, and the mentally ill to access guns without the knowledge of law enforcement.

Like other gun control advocates, Rosenthal worries about the message sent by the Rittenhouse verdict, especially in the 23 states that have stand-your-ground laws. Rather than deter self-appointed vigilantes, he said, the verdict suggests it’s okay to take to a public event a weapon designed to kill as many humans as possible in the shortest period of time; that if someone approaches you and you perceive that person to be a threat, you can shoot them with impunity.

“What does it say that we put more limits on police officers than we do on teenage idiots walking around with military-style assault rifles?” Rosenthal said. “What a country.”